In the summer of 2015, we were asked to supply a quantity of our SL01 (SL12) solar LED street light systems to a public park in central Manchester. The site is called St Michael's Flags and Angel Meadow and it's located off Angel Street, just south of the railway lines into Manchester station.

Once referred to as 'Hell upon Earth.' Three hundred years ago, Angel Meadow was a heavenly landscape with views over fields and hills. Unfortunately, by the mid-19th century however, thanks to Manchester's new industrial age, it had become one of the city's worst slums. Back then Angel Meadow covered 33 acres on the very edge of the city centre. Its population of 20,000 to 30,000 residents was made up predominantly of destitute Irish who had fled the Great Famine to find work in industrial Manchester. Most lived in squalid conditions in cellars beneath lodging houses. The most infamous part of Angel Meadow was the former burial ground of St Michael's Church, which contained the mass graves of around 40,000 paupers from 1788 to 1816. The church was demolished in 1935, however, some gravestones from the church yard still remain. These days much has changed and the park has undergone a drastic transformation and regeneration in the local area. 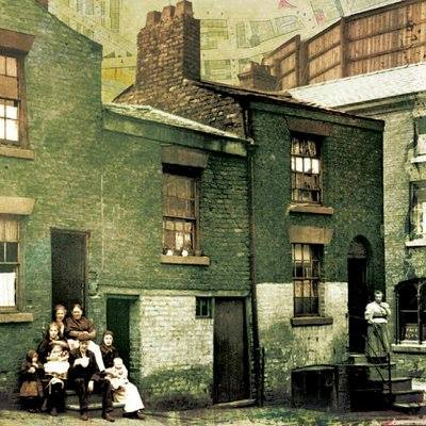 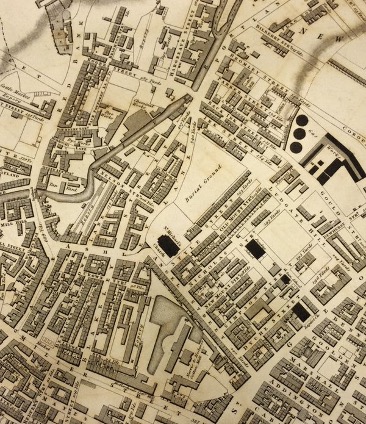 Over the years, grants and funding had been obtained to carry out various improvement works to this park including street furniture, signage and new plants, shrubs and flowers etc. A proportion of the budget was allocated to improve lighting throughout the park. Trenching wiring was simply out of the question due to the nature of the site. So clean, green, renewable energy seemed like the best solution.

Each of the solar street lights that we supplied included a 6M heavy duty, galvanised steel column which were root mounted. It's understood that an archeologist had to be present at any time where the ground was to be disturbed during the installation process. Each system included a 15W LED cobra-head style luminaire. The lighting was programmed to provide two timed modes plus dimming. It is set to automatically illuminate at dusk at 100% full power for the first 4 hours. It will do the same for two hours before dawn. Between these times the system will operate at 50% brightness. It was determined that a 200W solar panel and a pair of 12V 85A-Hr AGM batteries (housed within a lockable metal battery enclosure) were necessary and with the use of a MPPT charge controller. The lockable battery enclosures were installed higher on each column to prevent vandalism or tampering. 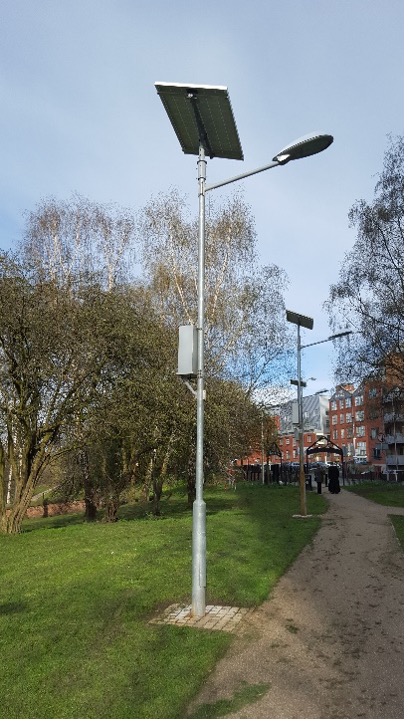 W.T. Jenkins of Liverpool carried out the professional installation of the street lights in October 2015. Several months after the project was completed, Solar Illuminations attended the site and spoke with several residents and members of the public that were using the park after dusk. Opinions and feedback were highly positive. There was a unanimous consensus that the new lighting systems were very beneficial and provided just the right illumination levels for the dog walkers, joggers and other pedestrians using the park. 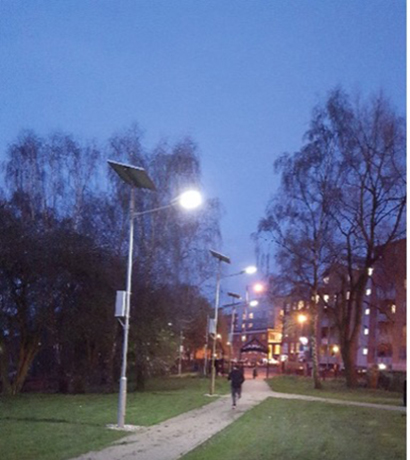 Reducing Carbon Emissions And The Use Of Clean, Green, Renewable Energy
25 Feb 0

Quickview
SL12 Solar 10W-20W LED Street / Car Park / Area Light (With Column)
£1,999.99
Add to Cart Add to Wish List Compare this Product
LET US KNOW YOU AGREE TO COOKIES
We use cookies to give you the best online experience. Please, let us know if you agree to all of these cookies